There are around 90 events on the schedule of the 11-day international Theaterformen programme that is coming to an end this Sunday evening in Brunswick: The festival offered a world premiere, four European premieres and just as many German premieres and can strike a positive balance with an audience capacity of 84%. Theatres from Asia, South America and Europe, discussion formats and live concerts, a seminar weekend as the main focus of the festival, “Theatre from (South-East) Asia” and events with the Kunstverein Braunschweig [Brunswick Artistic Association] attracted an interested regional and super-regional public as well as international visitors.

The subtle drama GOD BLESS BASEBALL by Toshiki Okada from Japan opened the festival. Two days after that, the Malayan tigers in TEN THOUSAND TIGERS conquered the main stage of the Staatstheater. Five further productions came to Brunswick from the metropolises of (South-East) Asia, which were devoted to, among other things, Japanese youth culture, the phenomenon of the hipster and South Korean Gagok singing.

Artistic director Martine Dennewald says:
“We succeeded in telling stories with a program that for the most part was from outside Europe that otherwise would never be heard in Germany; to provide a context for the invited theatre works without stealing from them their foreign quality; making is possible to comprehend their aesthetics and content without subverting them. I am very pleased at the enthusiastic response to our focus on theatre and performances from Bangkok, Kuala Lumpur, Seoul, Singapore and Tokyo – by our audience in Brunswick and the region as well as by the national German press."

In the second half of the festival artists from Argentina, Finland, France, Syria and the Ukraine with their works were our guests in Brunswick. The Argentinean director Lola Arias was here at Theaterformen for the third time and showed her new piece MINEFIELD that was coproduced with Theaterformen, which was greeted with standing ovations by the Brunswick public on both evenings. Lola Arias produced MINEFIELD with veterans from the Falkland Islands war, who had fought on opposing sides 34 years ago.

Suspended Tickets
On the occasion of the publication of the programme in April and the start of advance sales of tickets the festival offered Suspended Tickets for refugees for the first time. The festival was able to pass on 100 tickets to refugees in collaboration with the Braunschweiger Verein Grins e.V. The tickets could be used for any theatrical presentation during the festival but were primarily utilized for the Syrian production WÄHREND ICH WARTETE [While I waited] from Omar Abusaada.

Festival centre in the Theaterpark
After the productions the centre of the festival was a meeting point for the public and the artists at the Haeckel garden house that was illuminated with a light course. The concerts from Stereo Total and Friedrich Liechtenstein were especially popular and attracted around 2,000 guests into the Theaterpark. A total of around 4,000 visitors took part in the accompanying programme with cinema, concerts, seminars, video installations, art exhibitions and a festival breakfast.

The next festival takes in place in Hanover from 8th to 18th June. 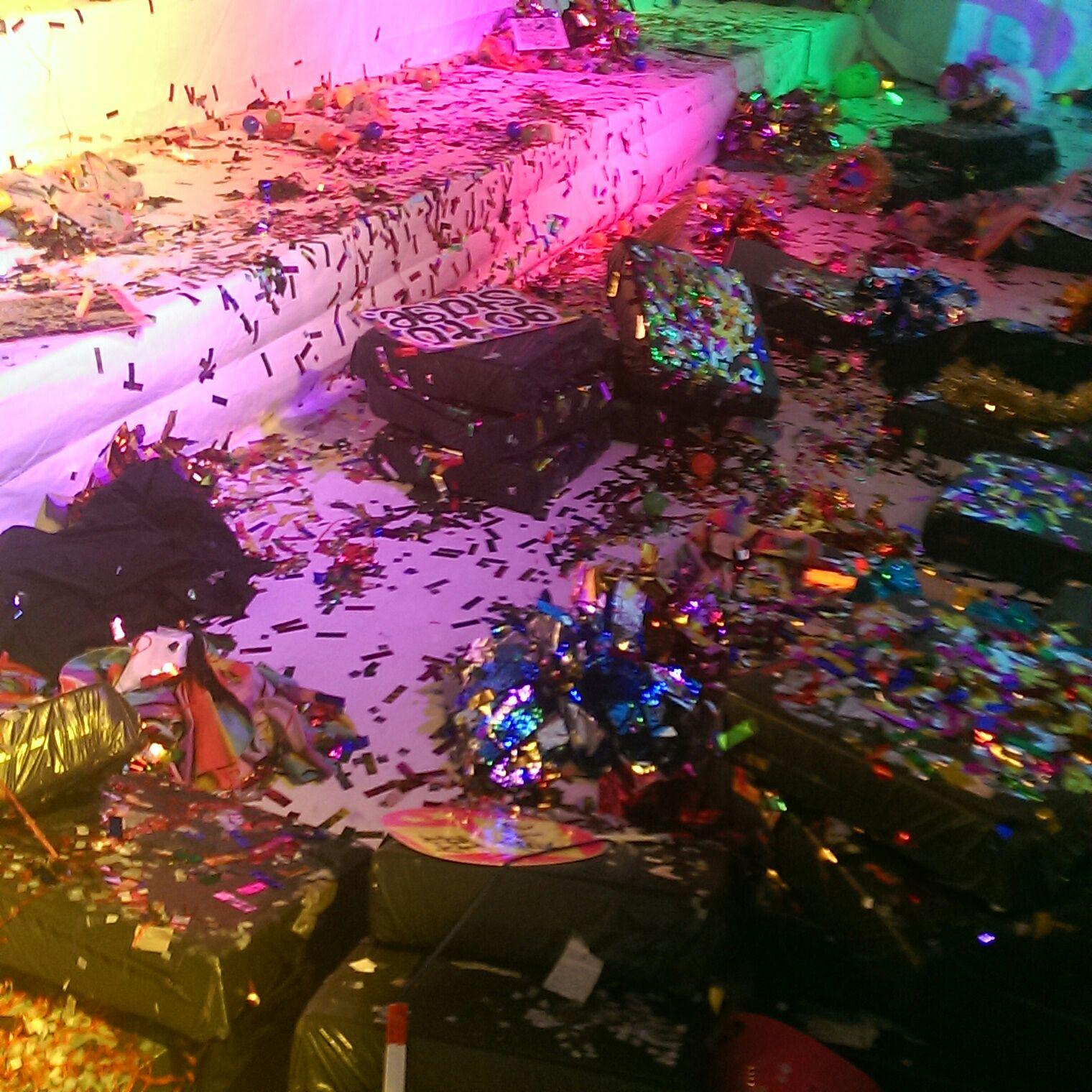