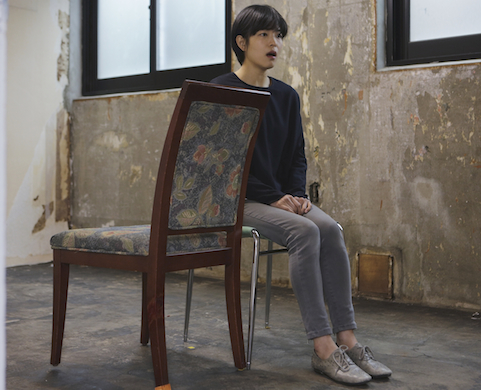 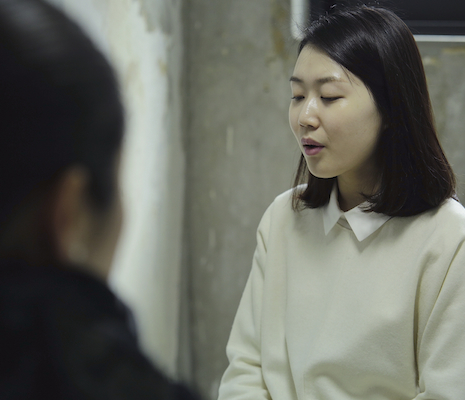 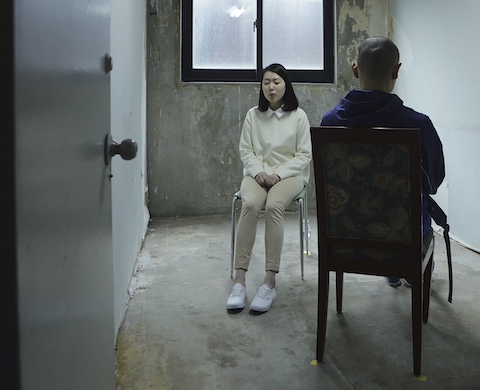 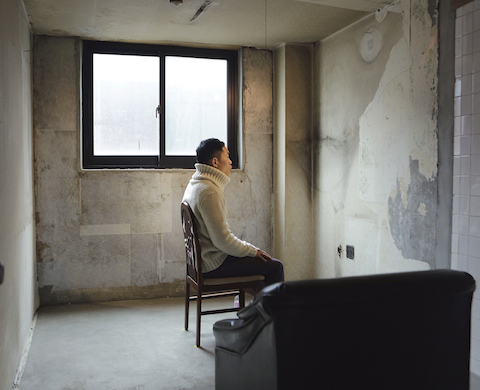 Dazzling Interludes of Sound. A Promenade Concert through Korea’s Past

A long corridor fills with the sound of singing from neighbouring rooms. One voice interweaves with another, a new timbre is created – only to disappear again. Singers and audience members cross paths in the rooms of an abandoned building, sharing the moment and the music.

In this place, where the bustle of daily life ceased long ago, Korean gagok singing has travelled to us across centuries and continents to take on a new, contemporary form. Minhee Park, an accomplished gagok singer, will perform this traditional vocal music, which is similar to the Western song cycle, within a new framework. Caught between listening and passing by, between distance and presence, between the alien and the intimate, the music will reveal its unique poetry inside these austere rooms.

What is Gagok?
Gagok is Korean traditional vocal music using odes as its lyrics. It’s believed to originate from the 15th century, but classical Gagok became a representative art genre of the upper class and the royal family since the 18th century. The music contains the artistic character of Seoul, the capital; emphasizing the aesthetic of formality and the structure.

How is it traditionally performed?
Originally Gagok was sung in a salon where nobles and their friends used to gather and play music, but from the beginning of the 20th century Gagok adopted the western theatre form which has a clear border between the stage and the auditorium. Although, singers and musicians remain their position sitting on the floor as traditional way. The singer is accompanied by three strings (Gayageum, Geomungo y Haegeum), two flutes (Daegeum and Piri) and a percussion (Janggu).
The most important thing in Gagok performance is “Moderation”. The singer in a traditional costume, is not allowed to move hands or head, shouldn’t open the mouth wide; but keeps the sitting position without any facial expression controlling emotion as much as possible.

How do you see Gagok today?
There were huge gaps between when I first discovered Gagok as a child and when I started singing and performing it. I learned that Gagok wasn’t just the musical form but that the form of the actions themselves, such as "not moving or smiling," also contributed to the unique sense of beauty in Gagok. But witnessing how this sense of beauty is not properly conveyed in Gagok performances today, and how the significance also seems to be waning, I started to question whether it was always this mediocre.

What do you then mean by ‚No longer Gagok’?
If the performance of Gagok in a theater is in some senses an error of the era, then should there not be a way in which Gagok can be better performed? Is todays performance of Gagok authentic? No Longer Gagok references a voluntarily loss, of this form - it contains a determination to abandon an existing form to try something different.

How did your work on No Longer Gagok begin?
While studying traditional music, there was a principle that I could not doubt, that I had to protect. It had to do with how Gagok had to be elegant, and that to protect this elegance one could not sing it anywhere. There was a moment in my mid-twenties when all that came crashing down. It was when I started to think that elegance came not from form, but from the beliefs and philosophies, and intellectual depth of the performer. One day I was at a cafe with my friends and someone requested that I sing for them. It wasn’t a standard stage performance, but I really enjoyed singing for my friends, who were curious about my music, putting every ounce of strength I had into the song. Given how much I love Gagok, it shouldn’t be surprising that I’m passionate about having it heard properly, and so this was when I began to think that the best way for this to happen was if it was performed closer to the audience. To be more precise, I think I can say that I wanted to see the music heard without any misunderstandings; there are so many misunderstandings on a stage. Whenever I would hear from my teachers that "Gagok is good, and it is something that must not disappear," I could never wholly understand, because you can’t convey how good it is simply on the strength of authority; I felt the need to find another way of conveying how good it was.

What is your motivation for your continuous work on Gagok? Are there any other questions you want to try and answer through Gagok?
My previous stubbornness regarding Gxagok wasn’t just because I simply liked Gagok. It was also because I believed that, given that Gagok was something that contained the essence of an era, even by asking questions about it I could achieve a lot. The modern history of our country is about moving forward rather than asking questions about the past. As a result of this history there are so many people, spaces and regions that, like Gagok, haven’t quite found a place. Gagok seems to me like the crystallized remains of everything abandoned and disregarded after the period of Japanese colonial rule in Korea. So, in that sense, I believe that questions about Gagok can also be questions about our society today and questions about capitalism. And in the 21st century, when capital has become both religion and god, and when personal tastes are becoming annihilated by a lack of individual personality, actively creating small-scale performances is, for me, a way of asking questions about what’s happening.