The Festival
Eleven days, around 200 programme items, and an elaborate supporting programme with warm-up training sessions, cool-downs and discussions: The Festival Theaterformen is one of the largest contemporary theatre festivals in Germany – a window on the world and a major festival, celebrated in and with Hannover from 20 to 30 June, and making the news far beyond the borders of Lower Saxony.

The Countries
The artists and their performances – most of which have German and English subtitles – come from Argentina, Australia, Belgium, Brazil, France, Lebanon, Poland, Russia, Switzerland, Syria, the USA and the United Kingdom. This is often the first time these plays have been performed in Germany, or even in Europe.

Festival in exceptional circumstances: 150 regional participants in seven plays
This year, around half the directors invited from around the world will arrive with incomplete plays. Instead, they will have project ideas, text templates, and an interest in Hannover and its people. Some of them have spent months here, engaging with the stories they have found and rehearsing.

The Argentinian director Marco Canale presents Die Geschwindigkeit des Lichts (The Speed of Light), a scenic journey through the city devised together with 50 senior citizens. Laila Soliman from Cairo and Ruud Gielens from Antwerp have developed the documentary play My Body Belongs to Metogether with a group of Sudanese women who live in Lower Saxony and campaign against female genital mutilation. Semion Aleksandrovskiy from St Petersburg stirs up memories of childhood with the voices of local artists and their fathers in Kurzzeit (Short Term). Selina Thompson and Scottee from Great Britain explore the German adoption system with experts from Hannover, and 600 HIGHWAYMEN from New York are looking for collectors with whom to develop their play The Collectors. The Swiss artist Mats Staub has invited people from Hannover to discuss Death And Birth In My Life. And Amrita Hepi from Sydney is bringing together everything that moves the people in this city for her choreography A Call To Dance.

The Parentheses around the Festival – Start and Finish in the Schauspielhaus: LOKIS and HATE
Two plays that couldn’t be more different: the festival will open in the Hannover Schauspielhauswith Lokis, an excess of visual and musical theatricality by the Polish director Łukasz Twarkowski, a maestro with video art and large ensembles who illuminates the darkest corners of the human psyche. Another highlight, and closing the festival in the large playhouse, is HATE, a duet between an actress and a real horse. Laetitia Dosch and the four-legged Corazon ask: What is wrong with the relationship between human and animal? How do we deal with nature, with weaker people, with others? Cheerful, melancholic, frivolous and at the same time deadly serious, the two of them search for answers.

History and Present
We saw Nora Chipaumire at the 2017 festival. This year, we will see her with her brand new trilogy #Punk 100% Pop *N!ggaon punk, pop and Congolese rhumba.Chipaumire’s work is a harsh indictment of capitalism with its racist premises and its impassioned plea for the recognition of black African artists and their works. The Polish boot camp vaudeville show Cezary zieht in den Krieg (Cezary Goes to War), on the other hand, explores forms of masculinity and their relation to the military and the state – including Polish hymns to the fatherland, folk and love songs. The Syrian artist Mohammad Al Attar vividly presents everyday life in Aleppo in his play of the same name; andin Untitled,a documentary piece from the Lebanon, seven former inmates talk about their detention in Syrian prisons.

ODISSEIA Event on the Final Weekend of the Festival
The Brazilian Companhia Hiato, led by the award-winning director Leonardo Moreira, invites us to join them in a collective odyssey and a four-and-a-half-hour emotional rollercoaster ride: Odisseiais a play which suspends the distance between an ancient story and life in today’s world, well and truly getting under the audience’s skin. It tells the story of Odysseus’ journey from the perspective of the characters he encounters: Telemachos, the son he has left behind; the nymph Calypso, who offers him immortality and endless love; the witch Circe, who leads him into the realm of the dead; the goddess Athena, who incites a war for him; his wife Penelope, who is waiting for him. The odyssey, which the audience can embark upon on the final weekend of the festival, leads from flamboyant adventures to intimate insights. The inhibitions, worries and fears of everyday life in the 21st century interact here with the unbroken relevance of the ancient epic.

Live, Open-Air and Free: FESTIVALZENTRUM
Each day of theatre ends in a summery finale with a concert at the festival centre in the atrium of the Schauspielhaus. This year, these concerts include international music, Christiane Rösinger, Sookee, XIXA and Amewu. Entry to all concerts is free. Food and drink are provided by The Harp – Beer and Burger Pub and Bar Cumberland. 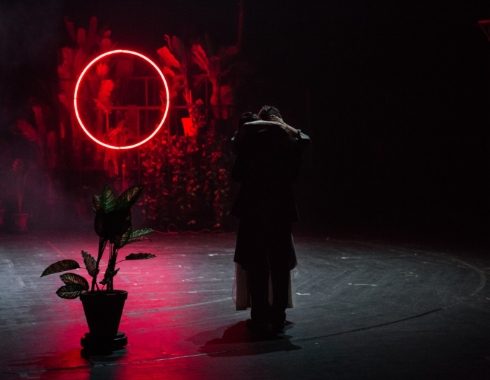 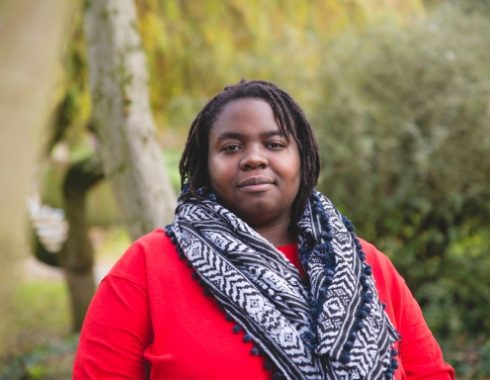 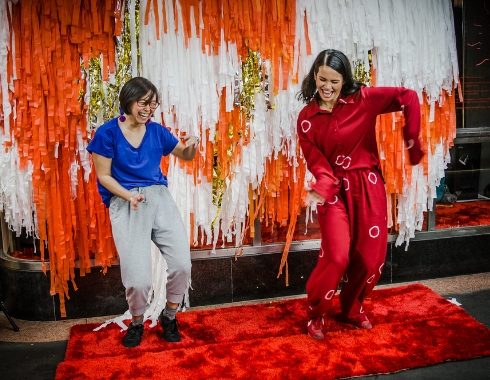 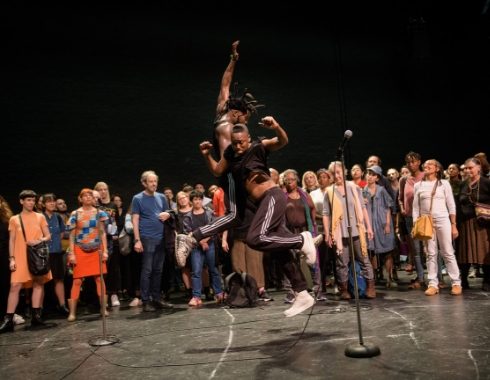 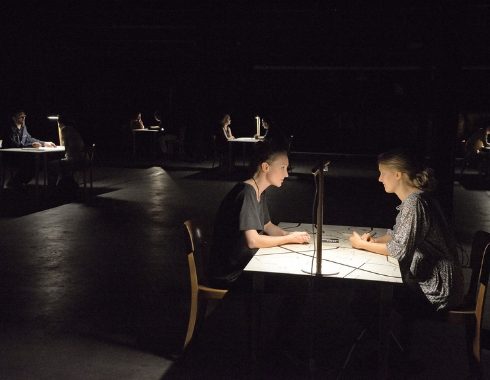 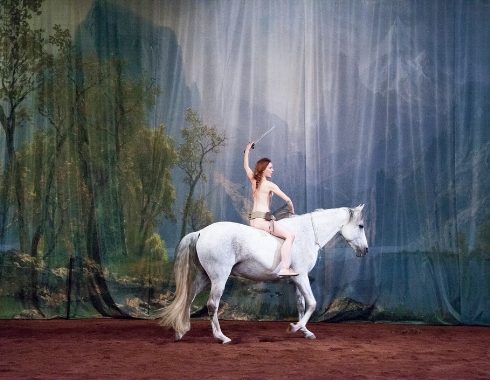 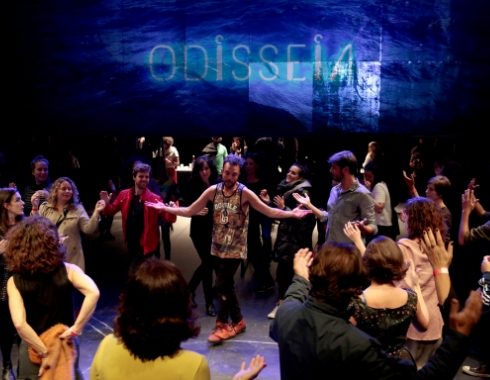 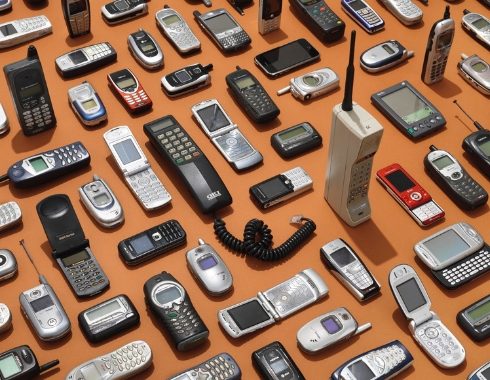 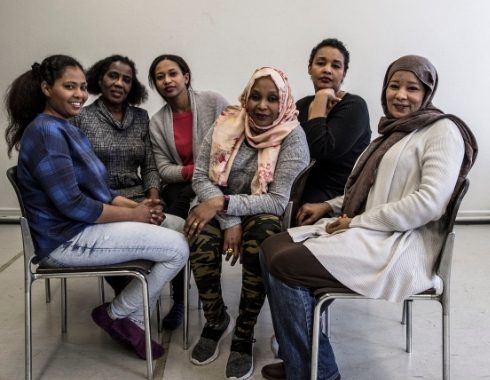 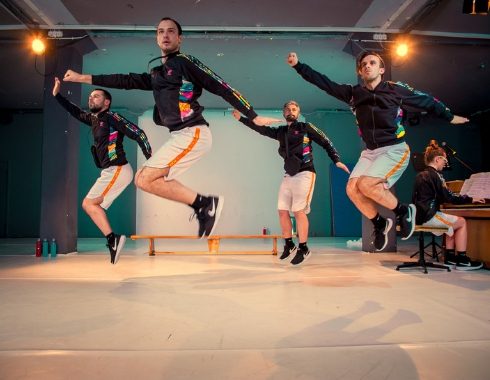 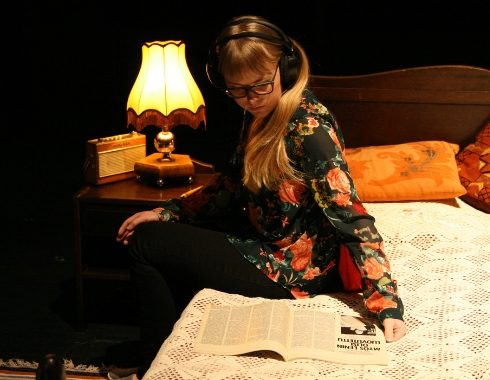 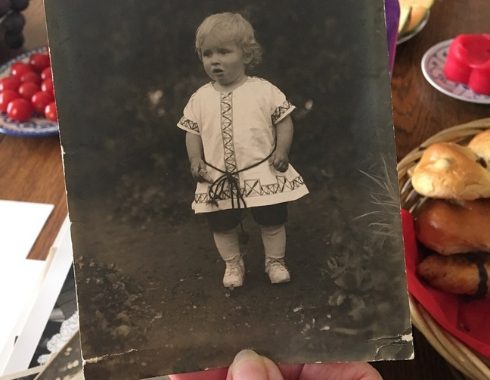 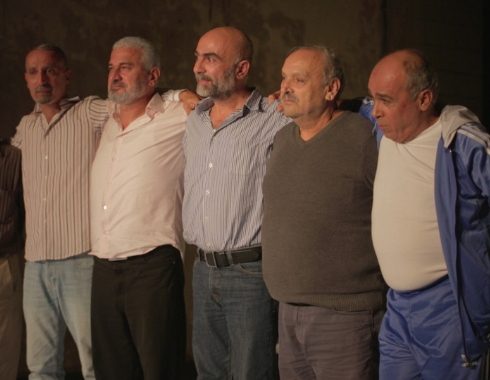 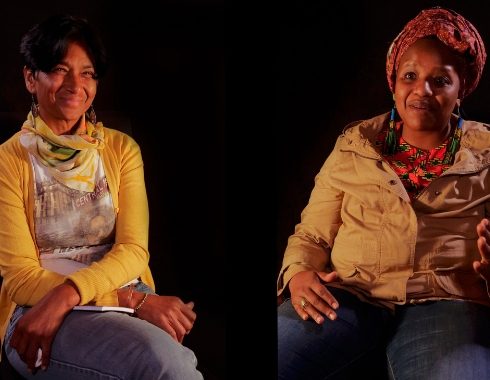