How to Fail as a Popstar

Learn how to fail better with Vivek Shraya. In How to Fail as a Popstar, the singer and writer tells us about her path to the margins of fame as a “not quite” major popstar with lots humor and empathy. In a thrilling performance consisting of anecdotes, music, and choreography that straddles all genres, Shraya takes us on a journey through her rise in showbiz, beginning with singing Hindu bhajans and R&B covers when she was young at competitions for teenagers, to moving around, all the way to her first album. Bittersweet and yet triumphant, How to Fail as a Popstar is a wise and ultimately redeeming pop odyssey: A reflection on the power of pop culture, dreams, disappointment, and self-determination and a celebration of her own authentic voice.

Vivek Shraya is from Canada and blurs the boundaries between music, literature, visual art, theater, and film in her works. Her album Part-Time Woman was nominated for the Polaris Music Prize, and Vanity Fair called her best-selling novel I’m Afraid of Men “cultural rocket fuel.” The five-time finalist of the Lambda Literature Award also received the Writers’ Trust of Canada and The Publishing Triangle awards. She is an assistant professor for creative writing at the University of Calgary and is currently working on an adaptation of How to Fail as a Popstar for television. 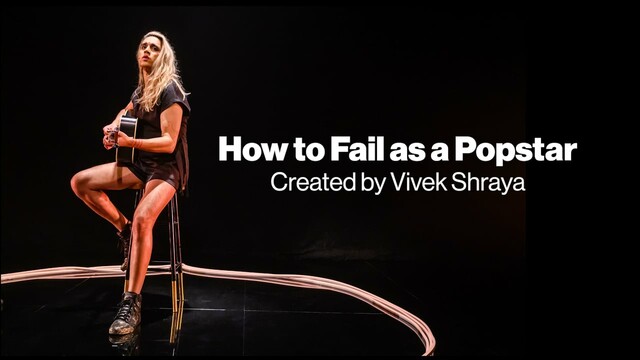 By playing the video data is transmitted to Vimeo. Details can be found in the privacy policy.

Tickets for Friday, July 8 available under the following link: Ticketshop

Tickets for Saturday, July 9 available under the following link: Ticketshop

Free choice of seats and beanbag & wheelchair seats in the 1st row.

Bean Bags are available as alternative seating and these can be freely booked as "bean bag seats".